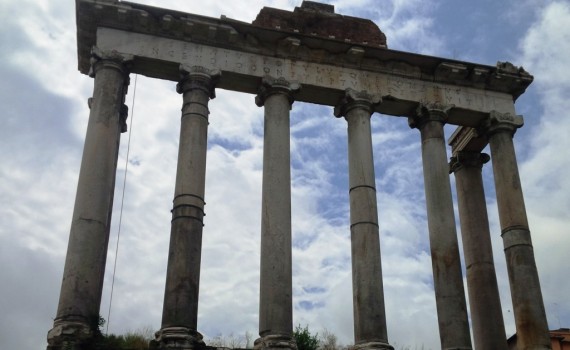 One of the worst possible kinds of treatment is when an idea is dismissed as “nice”. It’s the same fate as the wonderful concept of “world peace”. Even perhaps the same as thinking it would be nice if the kids just all got along. Sadly, so many Christians have the same attitude to churches getting along. Nice idea – but it’s never gonna happen! A lot of leaders would even say, “It doesn’t need to happen.”

How sad that ministers of Christ would say that unity isn’t necessary. That they would argue that we don’t need to get along and work together. “After all, God will advance His Kingdom despite the lack of love among His children. Every church should just get on with doing things themselves and not worry about the others.”

A friend shared his grief with me a few years ago when his city fell back into this default position. As a community they had faced a devastating forest fire that threatened to wipe out many neighbourhoods. The pastors had gathered their congregations as one to pray for mercy. The wind shifted, rain doused the flames and the remainder of the city was spared from an conflagration. At their next ministerial after giving thanks together to God, my friend suggested that perhaps they should consider more opportunities to pursue this kind of unity in the Spirit. He was batted down with a rebuke, “Why would we need to do that? Let’s just go back to all doing our best in our own ministries. The crisis is over.” It was back to business as usual. This is what I have labelled  “passive unity”.

That doesn’t sound like how Paul felt when he wrote to the believers in Ephesus. “Make every effort to keep the unity of the Spirit in the bond of peace.” (Eph. 4:3)  For the apostle Paul unity was not a nicety, it was a necessity. He had probably been told about Jesus deepest prayer the last evening he spent on earth when he interceded for his future followers and asked that they would “be brought into complete unity”. Paul, like all first century disciples believed that their unity was essential because the Master had gone on to pray “so that the world will know that you sent me and have loved them even as you have loved me.” (John 17:23)

Something so basic as the credibility of our witness is tied to unity. Time and again this is the practical testimony that is reported when onlookers see churches working together on a common project. “You mean you are from more than one church? Wow! Churches getting along. Incredible.”

The whole weight of the New Testament is behind the idea that unity is required for maximum effectiveness. It is described and prescribed. The same case could be made for the history of the people of Israel in the Old Testament. Disunity led to defeat. Tribal in-fighting meant disaster. In worship and in warfare no tribe was allowed to go it alone, because everyone knew that meant a collective crisis of the removal of God’s blessing. The Psalmist describes the opposite when he summarizes the beauty of unity with the words, “for there the Lord commands His blessing, even life forevermore. (Ps. 133:3)

I was in a meeting of leaders in my own city awhile back. We were reviewing the fruitfulness of a united evangelistic campaign among the youth of our city. Over 175 churches had officially supported the effort. The question on the table was, despite the large financial and personal costs, would we do it again next year? It was so heartening to hear one after another commit to the effort because they knew that there was no way that they could do it by themselves. It not only was better together, it was of necessity the only way to see the fruit among the teenagers of our city. The youth pastors testified to the anointing that came upon the event, when they saw their united prayers answered. It was agreed that working together had been a gift in itself because of the new camaraderie they were experiencing across the Body of Christ.  They had learned that unity is not just a nicety. It’s a necessity.